Decision-making leaves: dramatic performance turnarounds without a lot of drama

One of the greatest workplace challenges for supervisors and managers is turning around workers when their conduct or behaviour consistently disappoints. Maybe they’re early career workers who don’t value the opportunity your company is offering them, or maybe they’ve been working for your organization for 20 years and suddenly have developed an attitude problem or entitlement mentality that makes them difficult to deal with.


A “decision-making leave”, or “day of contemplation”, could be a perfect solution to snap these people back into reality and make them realize how negatively they’re coming across — without you, the employer, having to play the bad guy.


What is a decision-making leave?A decision-making leave is a paid day off that grants an employee causing lots of grief the opportunity to rethink their commitment to working at your company. Unlike a formal suspension, it isn’t necessarily a step in your company’s documented progressive disciplinary process. Also, the employee’s pay is not docked for the time away from work. The worker actually gets paid to stay home for a day and mull over whether working for your company is the right long-term career move for them. If this sounds like a strategy that lets the worker benefit from bad behaviour, don’t be too quick to judge how effective this tool can actually be.


Decision-making leaves typically come into play in scenarios like these.

How does a decision-making leave work?Adult learning theory tells you that when you treat people like adults, they will typically respond in kind. Unlike formal discipline, which tends to punish workers formally for substandard job performance or inappropriate workplace conduct, decision-making leaves are much more subtle. More important, they don’t negatively affect the worker’s take-home pay, so there’s no element of resentment toward the employer or embarrassment for having to explain to a spouse or family member why the paycheque is less that particular week.

Holding people accountable without issuing corrective action or negatively affecting their pay tends to trigger a guilt response rather than an anger response. Anger is external:  If you, the big bad employer, discipline them and deduct their wages for any reason, they become angry and self-justify that you’re the cause of the problem, the Goliath to their David, the unilateral, punitive decision-maker hurting their career. On the other hand, guilt is internal. As a human emotion, it forces people to look inward and see themselves more honestly and objectively. And that’s the ultimate way to resolve conduct and attitude problems in the workplace — by helping workers look internally and introspectively at whether they want to commit to the organization, or resign.


What does the discussion sound like?The events that typically trigger the need for a decision-making leave revolve around employee conduct rather than performance or attendance. In most cases, you, the supervisor, will want the individual’s behaviour to change, not only for your and for your staff’s sake but for the good of the individual as well. In our first example with the early career worker, you could introduce the concept of the decision-making leave before initiating any formal corrective measures like this:


“Mark, we’ve had a number of conversations and coaching sessions, discussing some of the problems with your conduct. We initially addressed your talking about your frustration with our organization being cheap and not paying fairly, which made some of your co-workers uncomfortable and prompted them to come and speak with me. Then we discussed your tardiness and, following that, your demonstrations of frustration in making remarks like 'They’ve got to be kidding' and 'Someone needs a Management 101 class around here.’

“At this point, I’m issuing you a formal written warning because I don’t feel like you’re taking this seriously and your conduct is irritating both your co-workers and me. I’m also going to place you on what we call a decision-making leave for a day because this is your first job out of grad school, and I’m truly hoping to help you turn around this predicament you’re in. I’ll explain how that works. Today is Tuesday, and I’m asking you to stay home tomorrow. I’m paying you for the day Wednesday, so you don’t have to worry about your paycheque being affected, and I want you to know that this is a once-in-a-career benefit that you should use to your advantage.

“While you’re at home, I want you to give some serious thought as to whether you really want to work here or not. If you come back to work on Thursday morning and tell me that you’d rather resign and look for work elsewhere, I’ll totally support your decision. You can tender your formal resignation, and there won’t be any hard feelings. But if you plan to come back to work on Thursday and tell me that you really want to keep your job with us, then you’ll have one additional assignment while you’re away from work tomorrow.

“Now remember that I’m paying you for the day, so here’s your homework: If you choose to return to work on Thursday morning with the intention of keeping your job, you’ll need to prepare a letter for me convincing me that you assume full and total responsibility for the problems with your conduct. You’ll need to convince me in writing that you recognize why there may be a perception problem and again convince me in writing that the problem will be fixed from this point forward and that we’ll never have to have this type of discussion again.

"I’ll hold onto that letter, keeping it outside of your personnel file for now, but with a clear understanding that if you violate the terms of your own agreement and commitment, then your signed document will be attached to any formal corrective action that may come your way in the future. In fact, depending on the nature of any future offence, there may not be any additional corrective action. You may simply end up resigning on the spot and putting an immediate end to your career with us. I’m considering this as a very serious exercise and something that could be an important turnaround point in your career development. Now tell me what questions, issues, or concerns you have about this decision-making leave that you’ll be taking tomorrow and why you think I may be taking this step with you right now.”

The value of this paid leave is that it forces the individual to be introspective and to engage in self-critical insight without the traditional trappings of formal progressive discipline. The worker won’t walk away thinking “I can’t believe my boss gave me a written warning and is docking my pay. What a terrible supervisor.” It’s much more about “Wow, I can’t believe I’m getting a day off to consider whether I want to continue working here or resign. I’m shocked that a supervisor would accept my resignation when I’m back on Thursday morning and support my leaving the company. Ouch, I guess I’d better be good, and although I don’t like any of this, I respect how they're handling it.”

The value proposition of decision-making leaves is that they elevate employees in the process by empowering them to take back control of the situation. And the hands-off nature of the exercise removes any semblance of judgment, replacing it with an objective, no-nonsense standard that the employee completely manages. In short, it’s not about the company or the supervisor at all — it’s strictly about the employee’s willingness to reinvent himself in light of these issues being formally brought to his attention.

Even if this intervention doesn’t work and the employee must be terminated, you and your company are ahead. You demonstrate your reasonableness and caring as a responsible organizational leader, and your company gains the advantage of creating a record that minimizes legal scrutiny should this ever turn into a wrongful termination or constructive discharge claim. In essence, you’ll have shifted the paradigm away from “irresponsible company did little to proactively rehabilitate a good worker with temporary performance problems” to “responsible corporate citizen went out of its way to help proactively rehabilitate a worker and communicate the severity of the problem as well as future expectations but employee refused to respond responsibly”.

Either way, as a thoughtful and caring front-line leader or as a legally sensitive organization trying to minimize potential liability, the company wins. This decision-making leave strategy is a low-profile, low-drama type of employee intervention strategy that speaks volumes in its subtlety. As a tool in your management toolbox, it may be just the fix necessary to help others see things your way, keep them out of harm’s way, and protect your company all at the same time.

Note that if your employees are covered by a collective bargaining agreement, an unpaid suspension may be part of your company’s formal progressive disciplinary process, so adding a paid leave to an unpaid leave may not be necessary or make much sense. In any case, don’t expect the union or an arbitrator to recognize this day of contemplation as a replacement for any formal step(s) in the disciplinary process outlined in the union contract. Further, decision-making leaves should be used only where warranted, as in the three examples. The goal is not to make a decision-making leave part of your regular corrective action process where, for example, no one gets terminated without a decision-making leave first. Used on a case-by-case basis that’s situation specific, however, this tool can do wonders for turning around employees with attitude problems, and/or protecting your company from the legal liability associated with terminating longer-term workers.

Reprinted with the permission of Paul Falcone (www.PaulFalconeHR.com), a human resources executive who has held senior-level positions with Nickelodeon, Paramount Pictures, and Time Warner. Paul is the author of a number of bestselling books published by the American Management Association, including 96 Great Interview Questions to Ask before You Hire; 101 Sample Write-Ups for Documenting Employee Performance Problems; 101 Tough Conversations to Have with Employees; and 2600 Phrases for Effective Performance Reviews. Follow Paul on Twitter at @PaulFalconeHR. 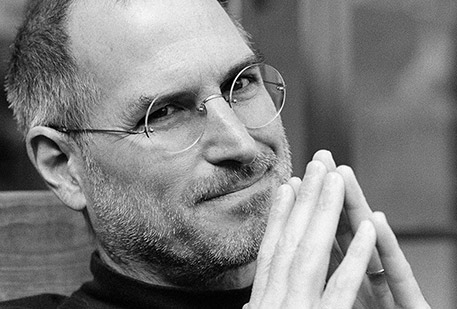 Steve Jobs the influential and well respected leader of Apple has passed but his passing leaves many lessons for all. Vision – having a purpose is what life is all about. Live your life with purpose and intentions. 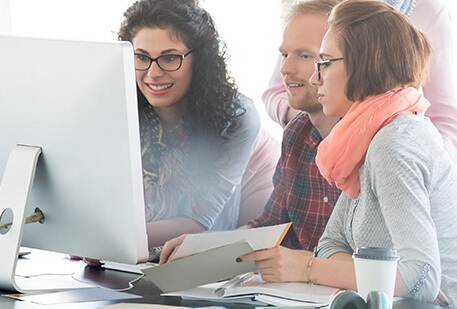 There are some new kids on the block - the millennials. You might even be one...managing others! 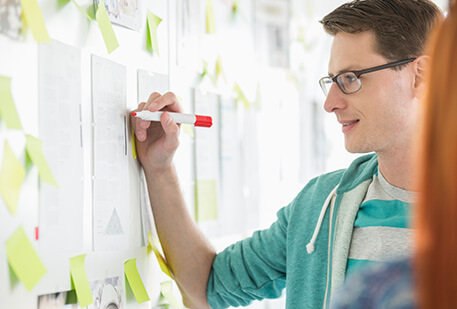 The practical knowledge and experience gained partaking in an internship programme, allow students to experience real-life work situations, that will help prepare them when entering the workforce.