When you have the opportunity, work with a variety of team members on change campaigns, and constantly rotate people on and off your staff. This might sound like extra work, but it is one of the best ways to ensure that your team and your change campaigns benefit from alternative ideas and fresh perspectives.

In retaining the same staff members over and over again for change campaigns, even when they have proven to be highly effective in working together, you risk applying staid approaches to varying challenges.

New staff people offer the potential of adding new ideas and knowledge that perhaps your group may not already possess, as well as innovative ways of tackling problems.

Don’t Run From ConflictWith the addition of new faces and opinions, some conflict between people usually is unavoidable.

Conflict within a change campaign team, like resistance to change itself, is a predictable component of human behaviour. While some see conflict as destructive or debilitating, this need not be the case.

It is best to identify conflict as quickly as possible. Left untouched, it will fester, grow, and thwart a team’s progress in ways that could put the entire change campaign in jeopardy.

To harness conflict for the value that it can provide to the change team, you need to understand two basic categories of conflict:

Conflict related to tasks and with the change campaign itself can be constructive, motivating, and even energizing. Some management theorists hold that there is an optimal level of this type of conflict.

Team-building exercises help diminish conflict related to personal power plays and disunity among team members. Team members who recognize that they share some deep-rooted values and aspirations are often amazed at how easily they can come together in an atmosphere of cooperation and trust.

The Benefits of Conflict

There are benefits to be derived from conflict. Publicly aired within a group, brought under the microscope, and intensely examined, team conflict can help surface issues early in a campaign. There may be time and resources for effective resolution, as opposed to late in the campaign when there may be nothing anybody can do.

Some organizations and change managers actively exploit conflict for its social and psychological benefits in helping the team move forward. Conflict between specific team members often generates both the motivation and energy to address underlying problems within the entire group. Certainly, conflict helps different people achieve a mutual understanding in ways that passivity simply doesn’t engender.

Not Fatal, Often SynergisticWhen team members understand that conflict need not be fatal, and that withholding true feelings or otherwise engaging in avoidance behaviour actually diminishes the effectiveness of the team, they are more encouraged to be up front with team members more of the time. Conflict can help stimulate a sense of urgency within a group and sharpen team members’ comprehension of the true objectives of a change campaign. Social psychology theory holds that effective conflict resolution between two warring parties can result in synergy that was not otherwise available. By bringing underlying issues to the surface, a team potentially clears out some of the barriers early in the campaign on the path to achieving the desired outcome.

The Potential Synergy of Teams Once you add a second person to a change initiative, and certainly a third or fourth, the dynamics of the campaign change profoundly. The most effective teams according to Daryl Conner, a recognized leader in organizational change, are those in which one and one equals “more than two.” In other words, two people working together achieve more than the sum of the results of each of them working independently.

Undefined Partnerships Peter OutEven in the smallest groups, those with two members, it is often best to have one person who is clearly in charge and designated as the change manager. Fifty-fifty partnerships are fine in theory but potentially can lead to far more squabbles than when there is a clear leader. Looking back in show business, for example, whether it was Rogers and Hammerstein, Gilbert and Sullivan, Martin and Lewis, Stiller and Meara, or Sonny and Cher, many 50-50 partnerships ran into trouble as each partner jockeyed for control. In the professional services arena, accountants, attorneys, dentists, doctors, engineers, and real estate agents traditionally initiated firms as business partnerships. Changes in tax, liability, and estate planning have combined to make the corporate form of organization far more viable for professional service firms. If firms are organized as partnerships, problems linger because the term itself suggests that somehow tasks will be apportioned with equanimity. Often, one or both of the partners has no intention of matching the other task for task. Also, one partner may prove to be more effective at overall operations, while the other proves to be more effective at some functional discipline.

In a corporate setting, a change team that is part of a division, department, or group may wish in spirit to operate like a partnership, but it is probably best to avoid that form of organization.

Friends BewareThe saddest situation can occur when two friends form a partnership. Because their friendship is strong and they’ve gotten along well for years, they assume that the same relationship can be maintained in a business setting. Husband and wife teams in business can run into similar problems. Partnerships can be effective as business entities and in managing change. The odds are that with one person in charge, the other member, or members, have a clearer understanding of their roles and responsibilities.

The Value of Getting CoachedAlthough it is important that each member of your team has his or her own role and duty in the campaign, all members can act as coaches to each other.

While there may be many people at work giving orders, there’s a critical shortage of people acting as coaches. A true coach wants you to improve and succeed, as much for yourself as for the team. He or she is an objective taskmaster, the “field psychologist” who understands what drives you. That’s why it’s important to have coaches on your team. They keep you and your team members humble and on course.

Convince your team members to coach each other through your change campaign. By doing so, they provide support for the campaign as a whole. The productivity that results from working together will produce far greater results.

Continuity Amidst ChangePeople have an inherent need to know where they stand within an organization, that their contributions are appreciated, and that there are certain prevailing guidelines and protocols. In addition to having your team work together, a good way to produce positive results is by giving your staff members a sense of balance while they’re being asked to change some aspect of the organization or themselves.

A Sense of StabilityEven the most innovative organizations, constantly engaged in change campaigns, need to give their workforces some sense of continuity.

Peter F. Drucker, Ph.D., in his book Management Challenges for the 21st Century, observes that information is particularly important to maintaining balance. “Balancing change and continuity requires continual work on information flow. Nothing disrupts continuity and corrupts relationships more than poor or unreliable information... except, deliberate misinformation.” Drucker says, “It has become routine for any enterprise to ask at any change, even the most minor ones, who needs to be informed of this?”

Minor Updates, Major ReliefWhen I worked for a small management consultant firm in Vernon, Connecticut years back, we had a weekly staff meeting that I found most comforting. While many people report that they loathe having to sit in staff meetings, for me, it was a weekly opportunity to re-establish a sense of equilibrium in a constantly-changing environment.

Each of our three consultants, as well as the president of the company, reported on the consulting projects he was handling. Going down the list, reviewing what success or failures we encountered, we also solicited one another’s help and advice. In routine fashion, we discussed all of the firm’s active clients, updated our respective rosters, and returned to our offices.

Each consultant knew where he or she stood and what else was occurring in the firm. Each of us could call upon another consultant for information, advice, or other kinds of support at any time.

Comfort in ReportingReporting on a regular basis served many functions. We knew exactly when we would receive updates from one another, and that eliminated unnecessary interoffice communication. The reporting of our progress was itself an incentive to be productive. Publicly announcing the status of each project helped each staff consultant articulate in his or her own mind what had transpired, what would be done next, and what might be needed from other staff consultants. Everyone received an updated report each week.

Mutual SupportIf you knew that John was working on a project that required a critical reference source, a vital phone number, or a key calculation, and you could supply it, you were happy to do so. When he recognized his capability to support your efforts, John would do the same for you.

These cross linkages and cross support structures enabled us to have a broader view of projects outside of our immediate sphere, even when working on projects alone, which was usually the case.

We didn’t regard ourselves as change managers. Yet, we encompassed many of the effective operating procedures that a change manager needs to employ in today’s ultra-hectic environments.

Resources Outside Your TeamInvolving your customers in a change campaign can prove to be highly rewarding. From the standpoint of using group resources, how often do you consider the knowledge, operating experience, and resources of some of your best customers?

Customers can offer totally fresh perspectives that could spell the difference in the case of developing a new product or service. Customers and clients have policies and procedures in place which may be worth emulating. Using members of your organization, outside of your change campaign, can also be a useful approach to generating ideas and feedback.

Non-Team Managers and StaffManagers and staff people in other departments and divisions, who have no formal role in your change campaign, may nevertheless serve as valuable resources for your group. Depending on what types of change campaigns they have worked on previously, and their education, background, and experiences in general, you may find selected individuals who can serve as ad-hoc advocates or well wishers. A quick phone call to one of these valuable resources, a one sentence email, or a brief exchange in the hallway may result in you getting just the right input at just the right time to propel your project forward.

By using the ideas of its members, while maintaining a balance between them, your team’s best resources will surface. Don’t be afraid, however, to use the opinions and input of people outside of your team. The combination of these diverse contributions will lead to the best solutions in your change campaign.

Used with the permission of Jeff Davidson, "The Work-Life Balance Expert®" and the leading personal brand in speaking, writing, and reflecting on work-life balance issues. He's spoken to U.S. Fortune 50 companies such as IBM, Cardinal Health Group, and Lockheed; and to American Express and Westinghouse. He wrote Simpler Living, Breathing Space, and Dial it Down--Live It Up, among other books. Visit www.BreathingSpace.com 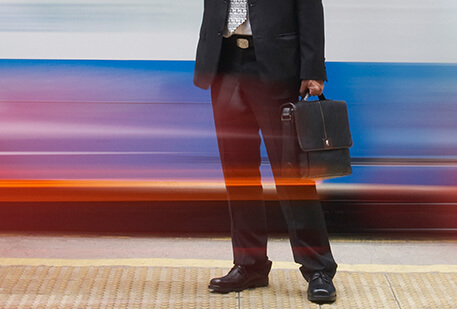 10 steps to become a magnetic leader

Magnetic leaders inspire others to be the best they can be and to perform at optimal levels. They are a contagious force that clearly knows how to set the direction for the organization and its people...