There are few things more shocking to a manager then to have one of their top-performing employees suddenly quit on them. Some managers have described it as the equivalent to a “kick in the gut.” It is a shock not only because losing a key employee will damage your business results, but also because managers hate surprises, and as a result, they frequently wonder how they missed the signals that this person was going to leave.

Employee turnover is always an important issue, but most managers are unaware of the fact that overall, turnover rates went up 45 percent last year. And because I am predicting that they will go up at least 50 percent this year, individual managers should be aware of the precursors or warning signs that can indicate that an employee is considering looking for a job, so they can act before it’s too late.

After 20+ years of research on predicting turnover, I have found that if you approach the problem systematically, you can successfully identify which individual employees are likely to quit with an accuracy rate of over 80 percent.
Firms like Google, Xerox, and Sprint, as well as several vendors have developed processes for identifying who might quit. But for most managers, you must realize that you will simply have to develop your own identification process.

Even though every employee is different, most individuals who have entered, or are about to enter job search mode can be identified using one of these proven actionable approaches. They are listed with the most impactful approaches appearing first. So if you know of a manager who is worried about turnover, pass this list of turnover predictors to them so they won’t be surprised when their next employee announces that they are quitting.

Conduct individual “stay interviews” — many firms use exit interviews to find out why an individual employee is leaving their job. Unfortunately, asking on their last day “why are you leaving?” doesn’t provide useful information in time to prevent this turnover. A superior approach is to be proactive and to use what is known as “a stay interview.” A stay interview helps you understand why an individual employee stays in their job by simply asking them in an informal one-on-one meeting to identify the principal reasons why they stay, so that these important factors can be reinforced. As part of the interview, managers can also ask the employee to identify any major “frustrators” that have in the past made them, even for a moment, consider leaving. As part of the interview process you can also ask your key employees to have the courtesy to provide you with a heads-up whenever they find themselves returning a recruiter’s call. Holding a stay interview with an employee has the highest predictive value because it is customized to the employee and it occurs before a decision to leave has been made.

Proactively search the Internet for indications — the best way to find out if an employee is searching or is about to search for a job begins with looking at their LinkedIn profile to see if it has been significantly updated recently. You can also search niche and large job boards to look to see if they have posted their resume, or you can do a simple Google search on this employee in order to find if they have recently updated their resume. You can even ask an Internet-savvy person to create a “spider” that will continually search the Internet for LinkedIn profile and resume updates that are made by your key employees.

Previous job tenure can predict — one of the most accurate predictors of when someone will leave a job is their average tenure in the last few jobs. If an employee has a pattern of leaving a job after a certain number of months or years, it only makes sense to examine their resume to get a good indication of when they are likely to leave again. Obviously it’s better to underestimate their departure date, so that the worst that will happen will be that you will begin “too early” to try to retain them.

Identifying past reasons for quitting can predict — most employees are consistent in the factors which caused them to leave previous jobs with the cause to consider leaving their current job. That is why it is a good idea to ask new hires during interviews or as part of onboarding specifically “which specific factors caused you to leave your last jobs?” Managers need to be vigilant in order to spot whether those past reasons for quitting may be reoccurring in their current job.

Identify those in high-turnover jobs — frequently, employees get the idea to leave simply because other employees in their same job family are leaving to what they consider to be better jobs. Managers should work with HR in order to develop what is known as a “heat map”, which simply indicates which jobs, teams, and business units are currently experiencing a high rate of turnover. Managers should then obviously target their own most desirable employees (i.e. innovators and top-performing employees) who are in those high turnover jobs for retention efforts. Because research has shown that 50 percent of new hires are unhappy with their job decision, and 46 percent of new hires fail within 18 months, it makes sense for managers to particularly target all recent hires in any job as high probability turnover risks.

Someone close to them leaves the team — having a manager, a close colleague, or even a close friend leave the team can provide a powerful impetus for an employee to leave. In many cases the exiting employee may actively encourage them to follow as a referral (as many as three to five employees will follow an influential employee). But the thought of not being able to work alongside a great friend, having to work under a new manager, or having to train a new hire may be enough to drive them into considering a new job.

A career-damaging event occurs — for most employees, simply having a weak manager or an uninteresting job isn’t by itself enough to cause them to look for a new job. Instead, an additional catalyst or negative event (a.k.a. career trauma) is needed that the employee considers serious enough to damage their future career. These negative events might include having a major project canceled, a project proposal rejected, major layoffs or a re-organization, being rejected for a promotion, being assigned a new manager, or a major resource reduction or staff cut in their job area.

Recognize when an employee’s career stage is ending — most individuals go through predictable stages or steps as they progress through their career. Many employees change jobs when they reach the end of a stage or phase of their career. Those career stages often include entry-level, becoming a journeyman/ professional, becoming a team lead, promotion to a higher level and eventually complacency and preparing for retirement. So if their manager pays attention to, and plots those career stages, they can in most cases predict approximately when an employee is likely to enter job search mode. Important outside-of-work life events can also cause an employee to move into their next career stage. The life events that can trigger job search include marriages and divorces, new births, children reaching school age, the last child finishing school, deaths, health issues, a large amount of their company stock vesting, an extremely negative performance review, and certain landmark ages (turning 30, 40, 50, or 60). There is no precise formula here but if a manager pays close attention to where an employee is in their career cycle and to their major life events, they can get an indication of when an employee is likely to begin looking.

Identify employees who are “overdue” for important things — one of the key frustrations for employees are when they perceive that they are unjustly overdue for something important. It’s partially an equity issue, in which they see others unfairly getting things before them. But it is also an internal desire to keep moving, growing, and learning, as well getting new tools, opportunities, and challenges. When they feel “overdue,” they become frustrated and begin looking for a new opportunity. Common overdue factors include too long a period since their last pay raise, promotion, training opportunity, a chance to lead, but also (especially among techies) upgrades in their tools, equipment, computers, and mobile phones.

Recognize when a top performer feels underused — top performers and innovative employees are unique in that they will begin considering a new job simply if they feel “underused.” Almost all top performers want to be continually challenged as well as to make a major contribution. As a result, managers need to be aware that once a top employee feels that their skills are either eroding or that their talents are being underused, they will likely begin considering leaving (Google research indicates that the feeling of being underused is their No. 1 reason). You can find out if an employee feels underused by simply asking them or by talking to their close coworkers. Of all turnover issues, this is the easiest one to solve because the employee simply wants to do more challenging work.

Some Additional Lower Impact Identification ApproachesAlthough they didn’t make it in the top 10 list, here are some other effective approaches to consider:

Identify the office “gossip” (a.k.a. super-knower) who seems to know everything going on in the office and ask them to informally let you know when they suspect that a key employee is looking. Their best friend at work and your own firm’s recruiters are also likely to know who is actively looking.

Managers should also realize that there is a high probability that employees who have recently increased their visibility by writing blogs, doing YouTube instructional videos, or by suddenly speaking at conferences are doing it to attract recruiters.

Frequent absences and especially those that are for only half of a day and on Fridays should be noted as possible indicators that someone is going to an interview. And finally, be aware that the No. 1 cause for employee turnover is often a bad manager, so be aware that you may be the most impactful reason why your employees leave.

Final ThoughtsI’ve never seen a manager’s job description where it specifically outlined their responsibility for identifying key employees who are likely to quit. As a result, I have found that nearly 95 percent of managers simply make no formal attempt to periodically sit down and systematically identify key team members that are likely to leave.

As turnover rates increase, and as the economy continues to improve, managers need to realize that top employees not only have the choice of going to a competitive firm but they now have expanded opportunities to create a start-up (known as the garage factor). Failing to be proactive has high costs because once an employee announces that they are leaving, it’s extremely difficult and expensive to get them to change their mind. I’ve tried to outline the simplest and easiest approaches to implement in this list, so that all that is required is for an individual manager to set aside the needed time. 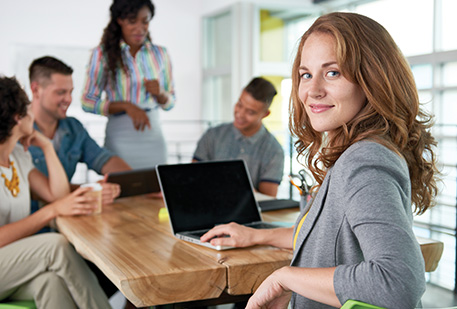 This helps your boss look for opportunities to give you new experiences while you are doing the same. Never think it is your boss’s job to manage your career... 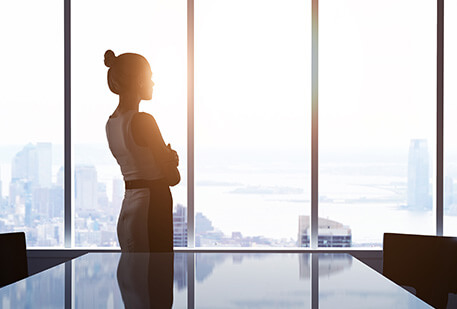 Studies of society, through the millennia, have shown that people do change, albeit very gradually, but in the last twenty years we appear to have experienced a major shift. 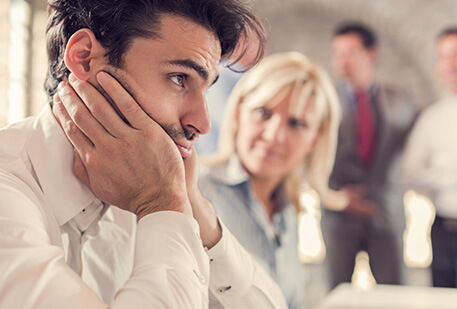 The high cost of doing nothing

Most executives know that strong leadership is essential for overall organizational success. However, in most organizations, a lack of urgency to improve leadership...