How leaders can help teams develop

Many theorists have tried to explain how and why teams develop. Each theorist offers a different perspective of leadership, but most agree that leaders need to be concerned with the group's content, process, and output. Advice differs about how the leader should address each of these; however, one of the most popular theorists, B.W. Tuckman, suggests that teams mature in a predictable four stage process: forming, storming, norming, and performing.

Research suggests teams tend to exhibit certain predictable characteristics during each stage of development; therefore, the leader who anticipates each step in the process will be quick to recognize the behaviours that might help the team and those that might hinder it. Armed with this information, the leader can then decide how best to influence the team's progress.

The first stage of development involves the universal human need for inclusion.

We want to belong to groups but not all groups. During the forming stage we try to determine if and how we will fit in with this particular team. The team members try to discover what they have in common with each other, and pairing up can be expected since each individual wants to find at least one other to feel connected to. Members will be looking for evidence that they belong in this group and will seek to understand and to be understood.

Members will want guidance and direction from a competent team leader as they try to navigate the course they will take to determine boundaries for acceptable individual and group behaviour. At this point the team members are dependent on the leader to coach and direct them, and they rely on authority to help them both build relationships and approach the task.

Telling the members what to do is advisable since they are cautious and tentative. Although forcing people to build trust and to interact to show support is impossible, the leader should be aware that the members have these needs and will accept direction about how to realize them. This stage requires the leader's patience, too. The eager leader might be tempted to rush the team, but viewing this step as an important part of the team's developmental process can help. The time need not be wasted, certainly; the leader can use this time wisely to prepare the team by assessing the members' readiness in knowledge and ability.

Often members will withhold their full participation and adopt a wait and see approach. They have no basis for, or reason to trust, and may or may not comprehend their mission and purpose. Even if they do understand the task, they may not yet be motivated by it. All this implies that during the initial stage the leader needs to concentrate on both maintenance and task. The leader's concern with the group's process is more important during this stage than during any other since the individuals are asking "Who am I" and "What are we doing?"

The second stage of team development frequently involves the members becoming disillusioned with the task and one another. Unproductive behaviour, arguing, defensiveness, and competition can be expected. Relationships that began during the forming stage may suffer, and negative feelings that were either suppressed or ignored during the forming stage may surface in the form of impatience, rebellion domination and open conflict. Often members feel uncomfortable and wonder how they ever got into this situation. This time might be considered the team's adolescent stage of development.

Much like real teenagers, the group members have matured past the initial stage but have not yet reached adulthood. They are struggling with personal identity within this group and with the overall group identity. Reactions to stress, frustration and emotional outbursts are typical of the adolescent group just as they are of the actual adolescent.

To the leader's chagrin, the group may be going in circles, but the team leader can use this stage as an educational period. The leader can identify and address unproductive behaviours but needs to resist the urge to hurry the group through this unavoidable stage.

Concentrating on problem solving, goal clarification, and specific, behaviour observations rather than focusing on "fixing" the group will often help the group weather this period of adjustment. Also, pointing out how diversity of thinking can help the group make more informed and creative decisions may help the individuals develop some tolerance for each other.

The leader is usually tempted to jump in and solve the group's controversies, but this can actually impede the group's progress just as being autocratic can cause teenagers to become stubborn and rebellious. Selling group members on the idea of solving their problems is more in order.

Lou Holtz, the Notre Dame football coach who worked with numerous chronologically young winning teams, feels that "The most important element for winning football games is a good attitude. It is my job as a coach to awaken the sense of urgency that will prepare each player mentally and physically for success. You've got to sell them on their ability to do it.”

Allowing the team members to find their own answers and encouraging them to work out interpersonal differences will allow them to develop their personal roles within the group and may ultimately enhance cohesion.

Working through the difficulties of the first two stages of development will help the team begin to develop the trust they will need to realize their goals. As the authors of Leading Teams point out, "When successful team leaders discuss their experiences, the common theme is trust. Only in an atmosphere of mutual trust and respect can a group of diverse individuals develop into a cohesive, fully functioning team." This respect and trust will allow the individuals to put aside differences and to value each person's unique contributions and talents.

The norming stage involves getting organized and defining how the group will progress. During this stage, team members start to identify the norms—both written and unwritten—that they will use going forward. Just as rules guide the success of sports teams, norms direct the members in their behaviours toward one another, the tasks they will accomplish, and their relationship with the leader. The leader can encourage by participating in the process, which in turn will further the team's progression. The team's confidence and competence grow during the norming stage, so this becomes a time to share data and to explore solutions.

The controversies the group settled during the storming stage help this stage run more smoothly. By now the members have begun to establish systematic approaches to decisions, and the ground rules for acceptable behaviour have become more apparent. The leader can become one of the team members rather than its supervisor or referee.

A high performance team now becomes possible. The collection of individuals who joined each other has come to realize that teamwork is the essence of work. It blends the talents and strengths of individuals into a force that becomes greater than the sum of its parts. Because of the synergy that the team has developed, openness, trust, cooperation, and maturity characterize the team that is now ready to exhibit high flexibility and maximum use of energy. Energy remains high because the team utilizes each member's strengths, and competitiveness does not hamper participation.

Commitment, productivity, and pride in the team's success and accomplishments become realistic goals at this point. Members now concentrate more on the task before them than on the process. They ask "What do we do?" and "How can we do it better?"

At this stage members welcome differing opinions and accept them because they consider them a catalyst for making more informed and creative decisions. The team no longer needs the leader for direction. Delegation from the leader and to each other is more in order since leadership is now a shared function of the effective team. Members are motivated and focused, so the leader can relax and let the group function autonomously.

There is a saying: "Treat a person as he is, and he will remain as he is. Treat a person as if he was what he could be and should be, and he will become what he could be and should be." This notion of a self-fulfilling prophecy or Pygmalion effect has a message for team leaders. Under the direction of a competent leader, a successful team will evolve over a period of time. The leader who sees into the future and anticipates the group's productivity can take steps to ensure that outcome. Anticipating each stage of development and allowing the team to evolve in predictable ways will increase the chances that the group will become what it should be.

Reprinted with the permission of Linda Henman. For more than 30 years, Dr. Henman has worked with executives and boards of directors to help them set strategy, plan succession, and develop talent. The author of Landing in the Executive Chair. How to Excel in the Hot Seat and The Magnetic Boss: How to Become the Boss No One Wants to Leave, she has worked with Fortune 500 companies, small businesses, and military organizations. www.henmanperformancegroup.com 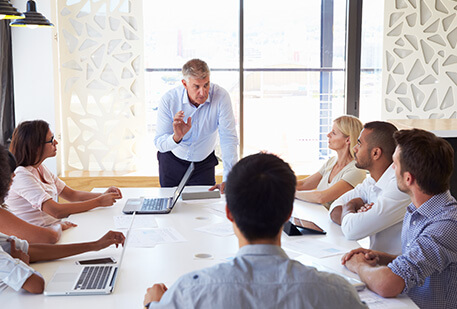 Take conflict out of management

It's inevitable. A boss and subordinate disagree in every organization at least once or twice a day. What, if anything, can you do about it? 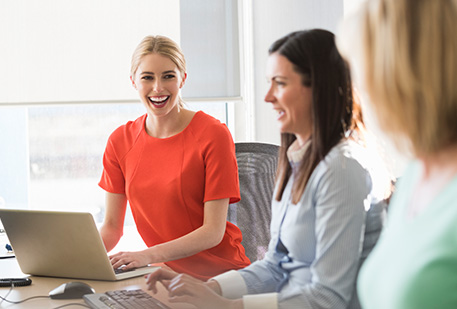 What do they really think of me?

This is the concern that dares not show its face! Every leader I know has asked this question – but of him/herself, and rarely, if ever in public. 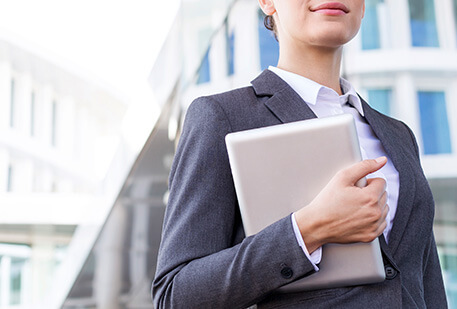 Three ways to optimize your day

Do you keep a “to do” list, either mentally in your head or physically on paper or in some electronic device? If you do, it is highly likely that its contents influence greatly the type of day you are likely to have.